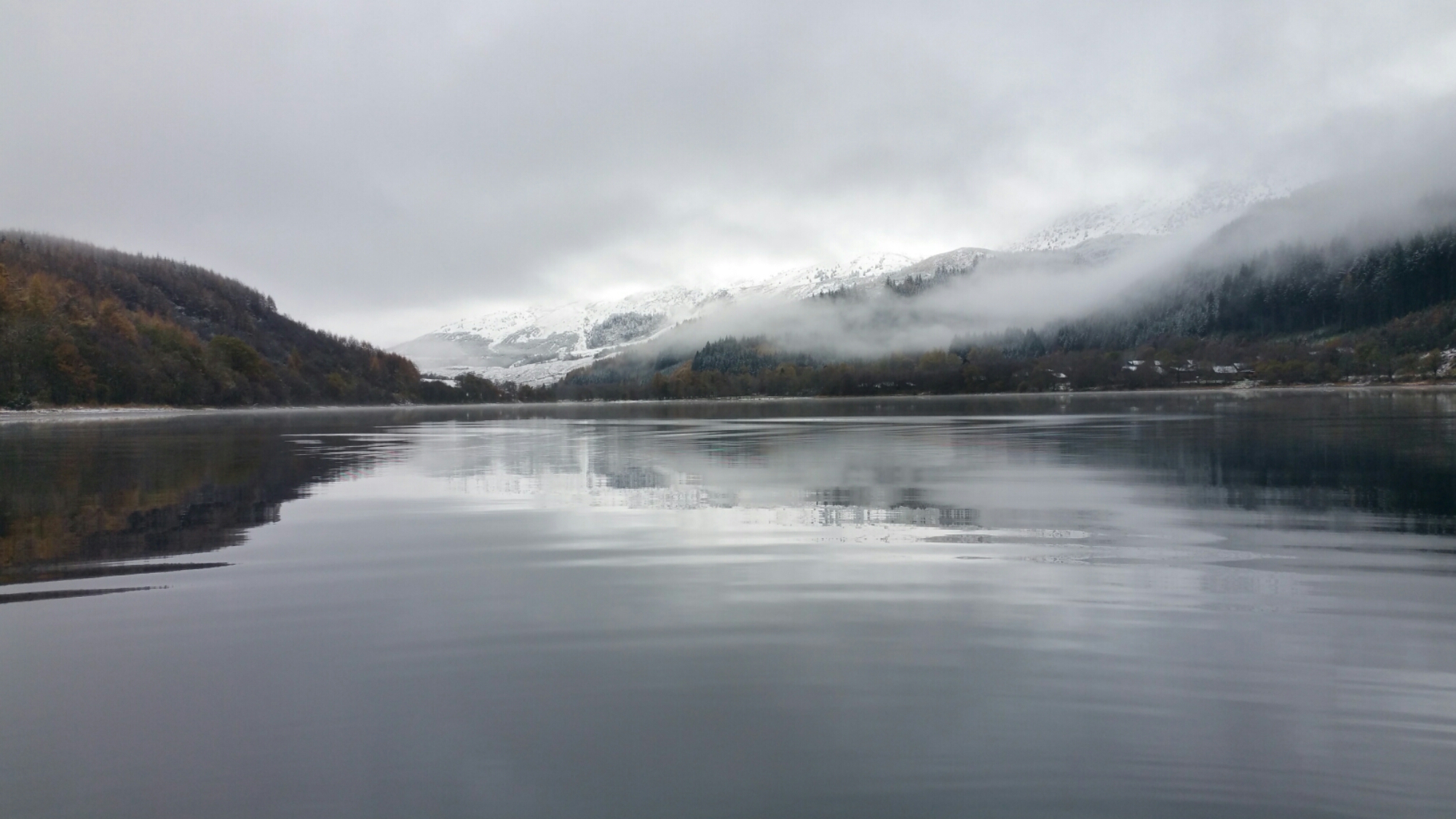 At the end of the summer I spent my first night away with some wild swimmers. There was a spare bed in a two bed wooden hobbit wigwam. When I informed my wife that there would be a girl in the other bed, I got a look. The same look I got a couple years ago when I told her I was considering going for my first swimming meeting with a random lady from a Facebook swimming group I had just joined a few months previously.

I never joined in the next few swimming opportunities with company until there was a confirmed mixed group, and I slept in my van that weekend at the end of the summer.

A recent swim where ice had to be broken

It’s been a couple years, and I think Clare has relaxed with the fact I meet strangers in car parks and get undressed to go for a swim. The Facebook thing sometimes freaks me out though. 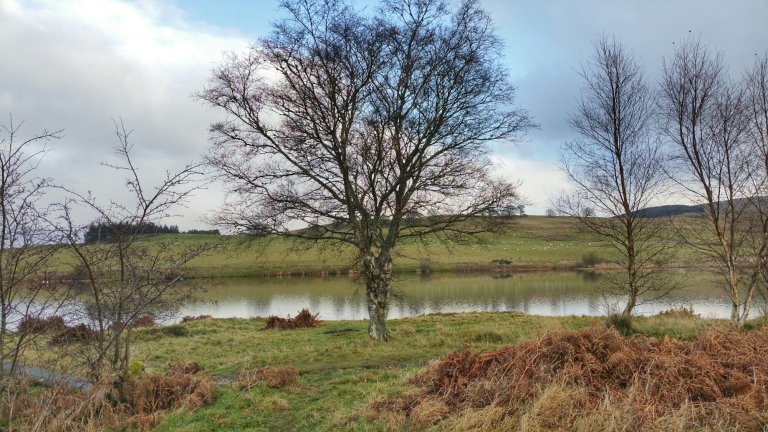 At the start of my swimming adventure, I posted photos of solo missions for a couple months, never meeting any of the members. Knowing that I was not completely mental and there were other people out there swimming in lochs helped me relax. It took a wee while but got round to joining some of the folk from the facebook for a swim, afterwards one lady sent me a friend request.

Eh!….Random Burds wanting to be Facebook Friends?! WTF! I was slightly taken aback, and quickly pressed the ignore button.

I have nearly got used to the fact that after a swim there might be a friend request. I put it down to someone pushing a button by mistake instead of swiping. I have nearly relaxed with the friend request button myself and even sent a couple of requests to other swimmers. 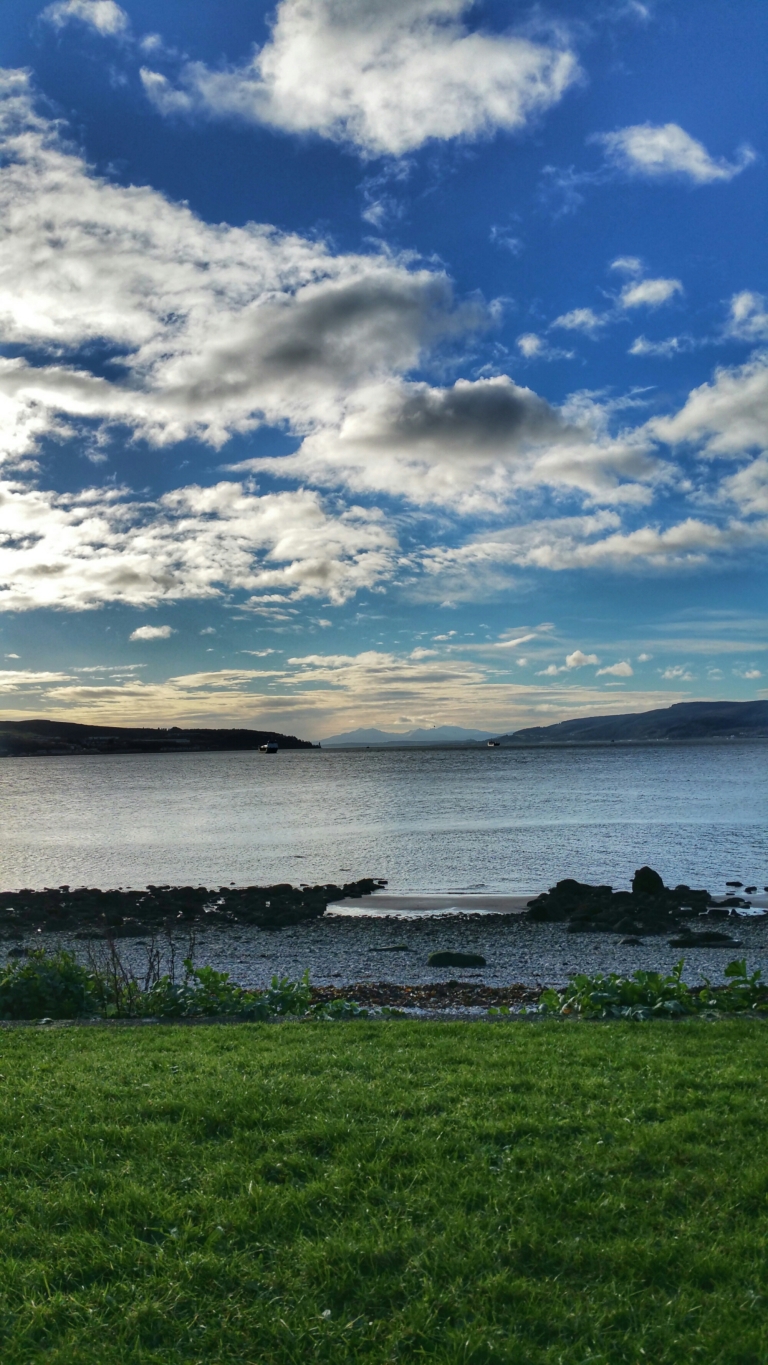 Way back in the day, my wife and I sat next to each other in our school maths class. Clare had recently moved up from Accrington. I concentrated more on seeing her smile and laugh than trying to solve quadratic equations. I had to resit my maths O grade but scored the jackpot with my jokes. Our first date was sitting on the swings at the Kings Park in Stirling, a few hours after Clare got her friend to ask me out. I was offshore over a decade later on a Valentine’s day when she emailed me the big question. We were married less than a year later. Clare did all the chasing.

For those that have met or know Clare, will know that the last bit above, is pish. I am definitely punching above my weight, and not just one or two divisions either.

I am 45 next year… A few weeks ago we celebrated “Asking Out Day” for the 29th time. If things were reversed I don’t know if I would be as relaxed as Clare is about the swimming thing.

If she decided to start swimming alone in lochs or even more dangerous, if she started meeting strange blokes in car parks and started offering them hot beverages and cake after swimming with them….

It all seems quite natural now but a couple of years ago it was a wee bit weird for both of us.

I am stuck on a boat for next couple of weeks unable to swim in Scotland’s lochs or wake up and enjoy a family Christmas. Time away allows me to reflect on how lucky I have been. Someone recently told me  that “if I fell into the River Forth I would come out with a salmon in my mouth.”  That’s certainly true sharing 2/3 of my life with Clare.  Instead of being depressed about missing out when I am at work, I have been counting my blessing.

I didn’t think three years ago I would be night swimming then enjoy (shivering) the company of a bunch of strangers in poorly light car parks in the deepest darkest winter. But then, I didn’t know 29 years ago that laughing with the new lass with her strange Lancashire accent would have lasted forever.

Long may they both continue.