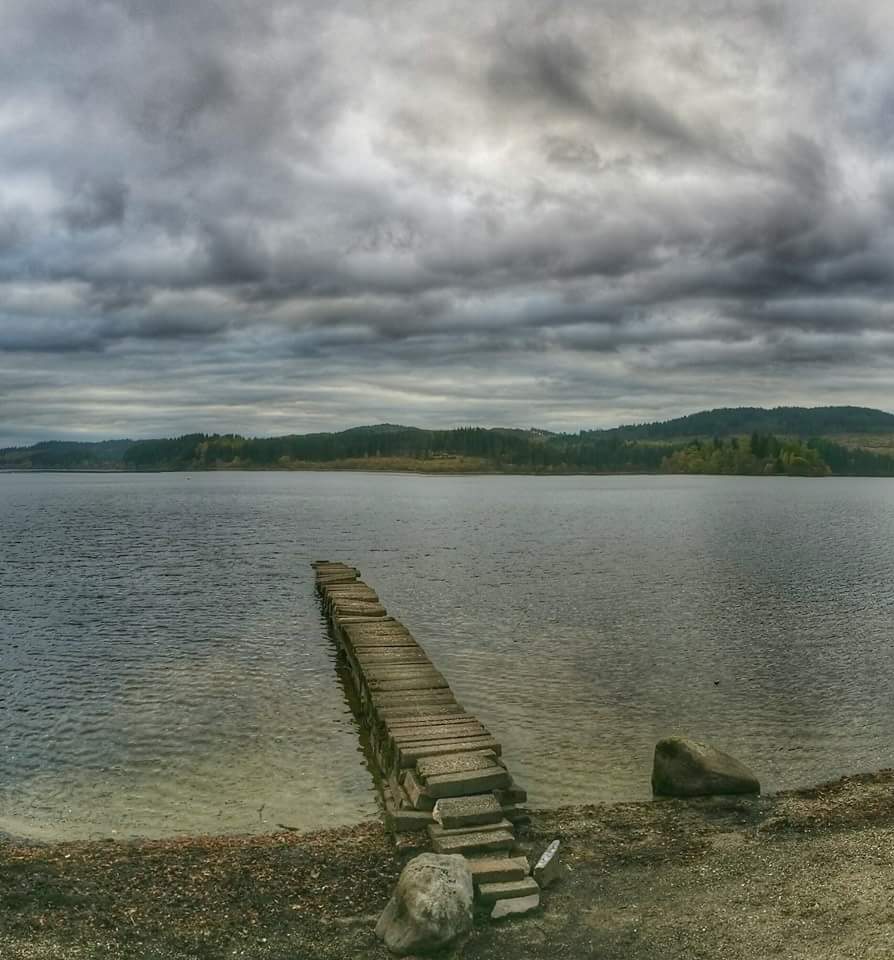 A year has passed since becoming emersed in wild swimming. My drive to get in the water has not diminished. The need to be submerged was not cooled when the ice and snow arrived at the start of the year, it increased the desire, like stoking a fire, I needed to experiment with limits. How cold? What duration? How far?

Swimming at the pool would be repetition squared and I think I would have hung my trunks up long ago. swimming outside is different, a new adventure every time, a new lesson to be learned, it is possible for the weather to give 4 different swims during one outing. When the water temperatures started increasing so did my need to figure out a limit for my maximum distance. Trying to perfect my technique, make it more streamline, engaging my lats would lead to less effort, increasing my ability to swim more kilometers. In the spring as temperatures were increasing, I managed 4.5 kms a couple times in one week with tempertures of about 9 degrees. Writing about swimming experiences with warmer water from the summer in October I am slightly disappointed, I must have been the only person in the world, with reduced time in the water when warm summer waters arrived. Dreams of ten mile swims, chances of visits to new lochs and locations, opportunities of camping and swimming every weekend have been lost until next year. Summer reduces the amount of down time the weather causes for building subsea oil fields in the North sea. No howling gales, no massive waves. This is the busiest time for my work, and reduced time available to don my wet suit. I changed my job last year and during a recent campaign, the requirement for my full concentration for twelve hours a day, seven days, for six weeks was the most intense I have ever felt offshore, falling into bed every night mentally exhausted, lead to a reduction in gym time and for the first time in 5 years, I gained weight instead of loosing the excess gained during time spent at home. It wasn’t the extra weight but lack of fitness I noticed most on returning home.
School holidays arrived, running about encouraging new experiences and trying to alleviate boredom, does not allow for 3 hour excursions to drive up to a loch swim for an hour then return home feeling refreshed and calm.

I recently wrote about the joys of introducing my wife to wild swimming, sharing the experience of her overcoming her fears and dealing uncertainty was one of the highlights of my year. At the end of the summer, I took a friend wild swimming, he wore my wet suit and swim float, he relaxed, realising the suit made him buoyant, we swam and chatted soaking up the views and atmosphere, I could see he was disappointed when I started noticing the effects of the cool loch without my trusty wetsuit and had to head for safety of lochside and warm clothes. He had enjoyed himself so much that he invested in a triathlon wetsuit within hours of returning home, since then his confidence has increased, we have swam out to the flag on Loch Lubnaig together. 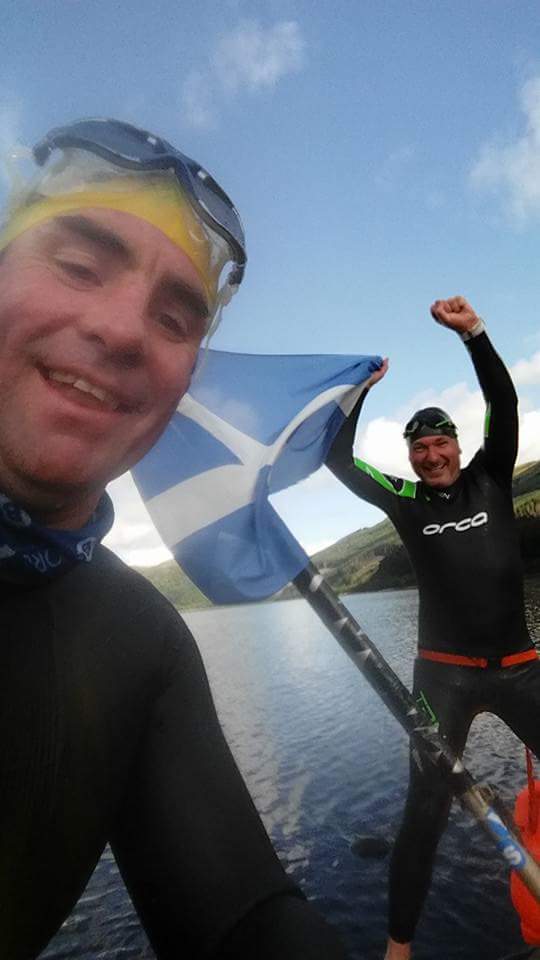 One of my biggest joys this summer was taking my youngest son wild swimming in the evening. My youngest son is the worst swimmer I have witnessed or was. When we went to the pool he would ignore any direction. He refused to try any suggested techniques. Le petite merde as he is affectionately known, is infuriatingly stubborn times, he has taken swimming lessons for 3 years and struggles to swim a length of the local pool. Our family headed up to Loch Venachar one a warm evening, I was trying to increase my wives confidence with her wetsuit. The two of us can go for a wee donder, not straying far from the edge. The boys content wearing their wetsuits throwing stones at sticks, they don’t wade in deep. This evening Patrick chose to wear my swim float, my large goggles and a swim cap with his wet suit. He drifted about looking at the submerged grass and rocky loch bottom. A couple days later with no commitments, I had enough time before the sunset for a couple of kilometres at a nearby loch. My youngest mentioned that he had enjoyed swimming the previous evening and would like to come. I always vowed never to become a father that took their kids to the driving range and expect them to watch as I practiced hitting a hundred golf balls. I have witnessed more than once on Saturday mornings, children sat miserably, silently still, on the seat behind the practise booth, keen for their dads attention, the father wanting to relax and concentrate on perfecting the swing, golf balls flying, high speed clubs whizzing, it always ended with red faces for both parties one in tears, the other furious. Maybe it’s another reason why my golf club’s are in the loft. The chance for a decent swim or spend time with my son, the swim was never going to win. “We are going to swim not throw stones”

He agreed. But for how long, hope we didn’t come home with red faces. I reluctantly pointed out that slapping the water with a closed fist was not going to make him go forward, try placing his arm with his hand open, to my surprise he listened, after a few attempts at that, I investigated, if he exhaled with his head in the water. No. That would explain why his head would be out the water for 2 strokes, exhaling on the right stroke then inhaling on his left, his swimming advanced that evening, he swam the best I have ever seen him swim

A few years ago in a curry house a friend asked me when my best time was. He described teenager years experimenting and discovering the world. Twenties, when confidence is at all time high and worries non-existent. Thirties settling down changing nappies and early nights. We chatted about the movie scene from the 2004 cult movie Napoleon Dynamite. The brother, yearned to return to the glory times when he played for his school as a quaterback. He bought a cheap time machine, he sat in his kitchen and succeed in giving himself an electric shock trying to return to his excellent past. My friend wanted to know if I would use similar but working contraption to return to any point in my past. The answer at time was, no,
I was having the time of my life, every year my life has always got better. Would I use the same a contraption to return to the start of summer to get longer swims. No. I had the time of my life. It might not have been the most productive with time in the water, but I was certainly very lucky. Previous posts since spring describe, swimming in Shetland with seals, swimming at Hammerfest in the Artic Circle, swimming at Arisaig in North west Scotland, Sea kayaking at Oban. Not blogged swims include Sanna Bay, Loch Leven in Fife and a sailing reservoir in Bridge North. 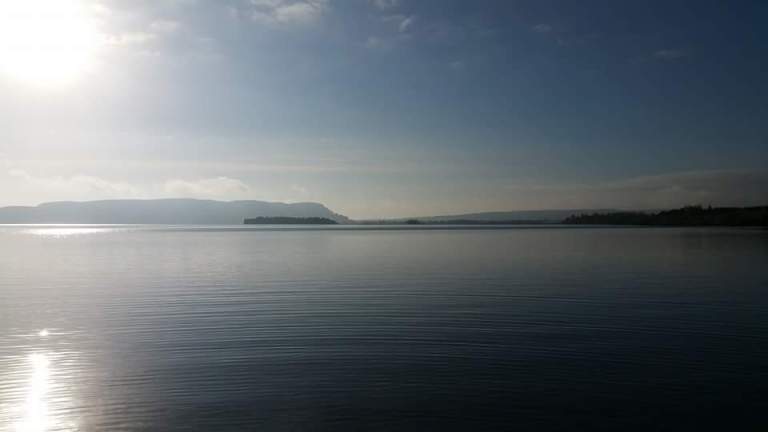 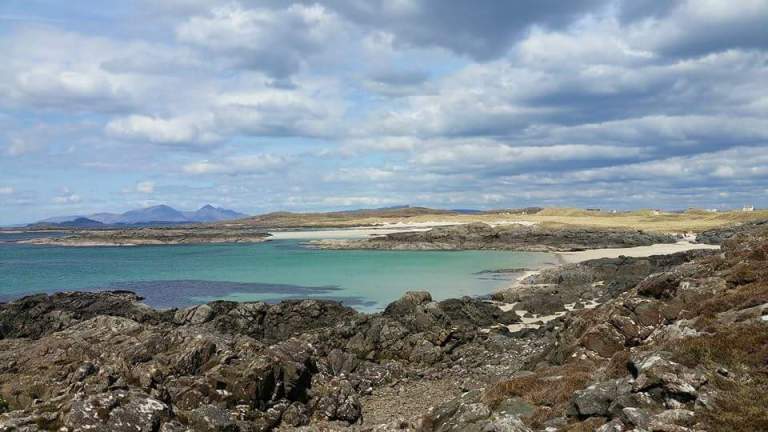